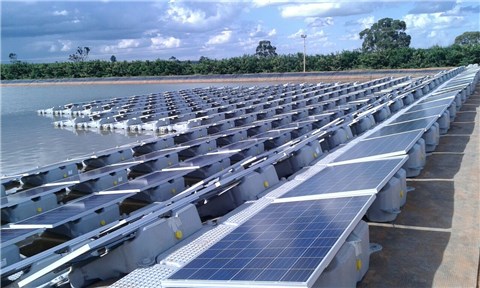 These systems work well in areas with limited land resources or where there’s a high demand for electricity such as major cities around the world that need more than just municipal sources provide them. They also have an extensive impact on people living near these installations because it helps reduce reliance upon fossil fuels which are harmful not only environmentally, but financially too.

Despite being a slightly unorthodox farming method, it is actually implemented in multiple countries such as South Korea, North America and Germany. Plenty already have floating solar panels in use, and if not, are in the process of developing them. South Korea, being one of the most technologically advanced countries in the world is unsurprisingly in the process of building the largest floating solar farms. This piece alone is expected to power over 20,000 homes with more than 92,000 solar panels across a 12-mile long reservoir.

Rain on the parade

There are, unfortunately, always downsides to something that seems too good. While this method of farming would essentially save money in the long run, the installation itself can be fairly expensive. Also, while it is a quite sensational way to go about farming and contribute to Australia’s sustainability initiative, floating solar panels are typically installed for larger communities and would not be practical for smaller scale farms. 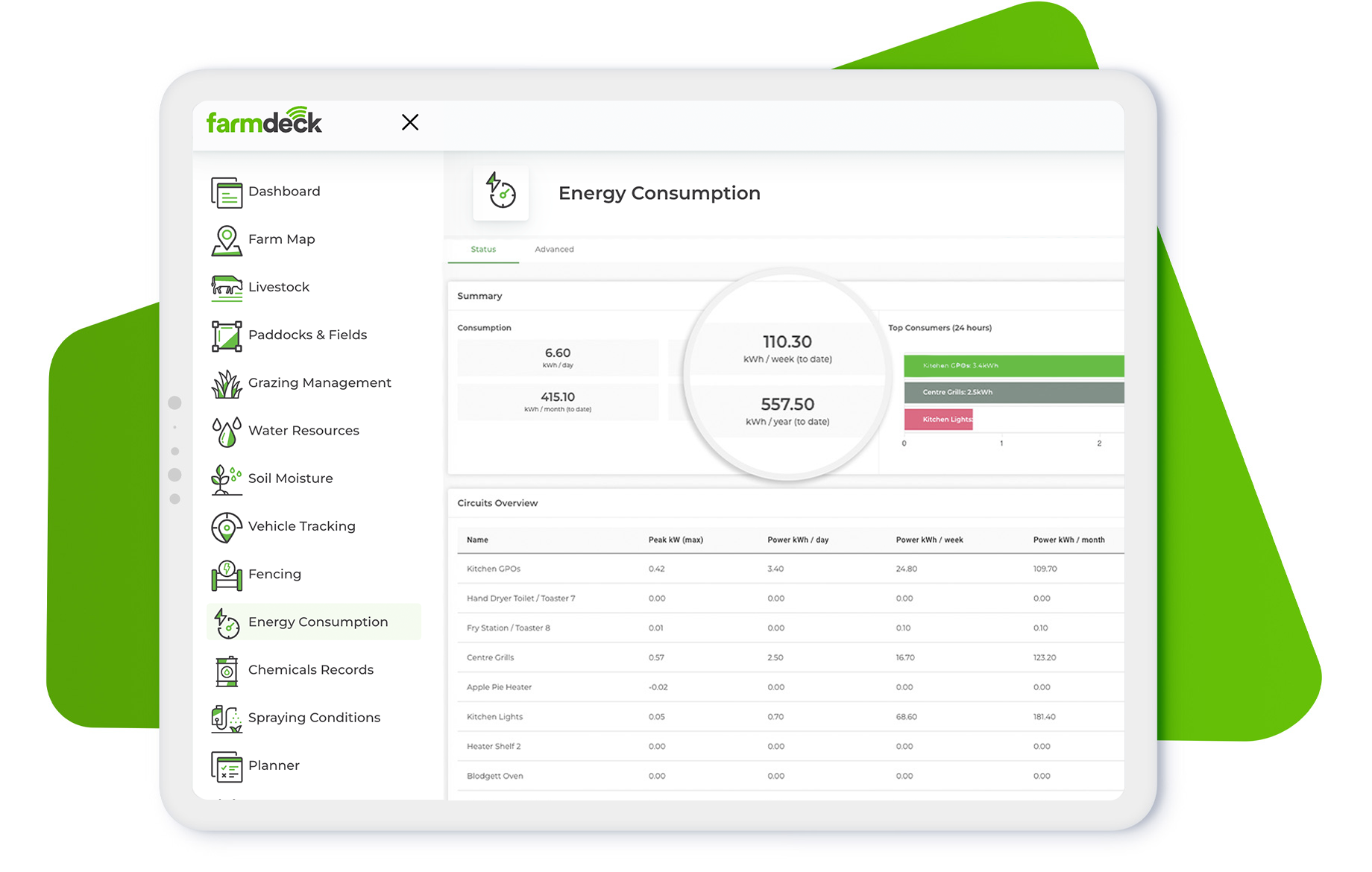 Keep your stations flowing with Farmdeck

Not sure where to start with your sustainability journey? Our team at Farmdeck is consistently developing and improving our products, including multi-purpose farming devices to make your farming life easier. Farmdeck has an all-in-one tool including energy consumption, water level and quality monitoring, and much more.

Farmdeck’s Energy Consumption feature allows you to monitor your energy usage around the farm so you’re not in for a big surprise when you receive that electricity bill at the end of the month. Keep track of your energy usage from various circuits in real time.

Reach out to us today so we can help you build an efficient farm.