It’s that time of year again when rodents and other critters start to invade our homes and businesses in search of food and shelter. Pests can cause great damage to the economy, the Natural Resources Commission states that on average, pests cause a loss of $446 million worth of production every year in Australia. While there are numerous ways to get rid of these pests, one popular method is to use bait stations filled with rodenticide. However, not all pest baits are safe to use – some can be harmful to pets or people if ingested. So, before you go shopping for rodenticide, make sure you know what to look for so you can choose the safest product possible.

When most people think of pests, they think of insects such as cockroaches or mosquitoes that invade their homes. However, pests can also refer to furry or slimy creatures like rats, rabbits and snails that can harm crops or livestock. For the sake of agriculture and biosecurity, it is important to get rid of any pests that could cause damage. While this may seem like a daunting task, there are many ways to go about it. The extermination of pests is crucial for not only biosecurity but also for the economy.

Some solutions for dealing with pests is using pest bait, other chemicals and even natural methods. In terms of pest bait, not all of them are created the same, and Australian farmers need to be sure they are using the right type of bait if they want to protect their crops, and that it is in line with the state’s regulations. Find out more below about the different types of pest control available such as rodenticides, natural methods and baits, and why Australian farmers should consider using them.

Rats are one of the most common pests on agricultural land. They can cause extensive damage to crops and property, and can also spread diseases to livestock and humans. There are a number of ways to reduce or prevent rat populations from establishing themselves on farms, including using traps, baits, and other deterrents. Rat control is an important part of maintaining a healthy farm environment.

Sanitary practices and regular maintenance like cleaning trash, fixing water leaks and regularly trimming grass to be short can help reduce nesting areas for rats. One of the most effective ways to eliminate rats are rodenticides.

There has been a fairly new rat bait which was developed and released just earlier this year called selontra. Selontra, being a non-anticoagulant, has proven to even be effective against pests that are immune to anticoagulants. It contains cholecalciferol which is toxic to rats. Pest bait must smell and taste appealing in order to have rats ingest it. The Farmers Weekly UK suggests that rats, “ate 13.2 times more Selontra than maize silage, and 4.3 times more of the bait than pig feed in the first day”.  Cholecalciferol has proven to be safer than other baits and do not affect local food chains like other types of rodenticides. 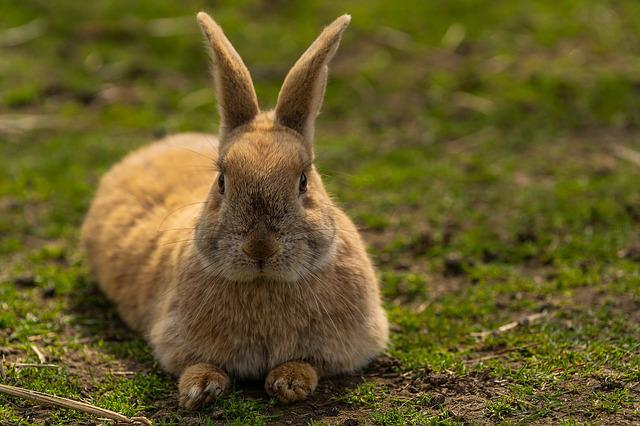 Did you know that rabbits are also classified as farm pests in many parts of the world? In fact, many farmers go to great lengths to protect their crops from hungry bunnies. While rabbits can be charming creatures, they can also be a nuisance when they start raiding fields and gardens. European rabbits are the most common breed of pests in Australian farms. They were introduced during the first wave of colonisation before being used for hunting purposes. A man named Thomas Austin released 24 rabbits in 1859 which also contributed to the influx of rabbit populations across Australia.

European rabbits have been deemed as pests since they contaminate and destroy crops, cause erosion, and stop the regeneration of native plants. They ultimately disturbing ecosystems by not only eating plants but also taking away resources from other animals. If you’re experiencing problems with rabbits on your property, here are a few tips on how to get rid of them.

The WA government states that baiting is apparently, “the most cost-effective way to reduce rabbit populations, particularly over large areas, but restrictions do apply.’ The best types of baits to use include; 1080 (sodium fluoacetate) baits, pindone baits, warren fumigation, warren ripping and harbourage destruction. With 1080, you must have a Baiting Approval from the Department of Primary Industries and Regional Development prior to use. Much like most pest control methods, you must use certain baits at the best time of year in order to keep rabbit populations in check. A rabbit-proof fence helps contain rabbits in certain areas to prevent spreading and make the implementation of pesticides easier. They last for long periods of time and do not require much maintenance. The use of a disease may seem bizarre but is not unheard of. The virus Mixomatosis and Rabbit Haemorrhagic Disease (RHD) may be hard to control at times, but is also a great agent of rabbit control as it can spread very easily. Although it does not require a permit for use, it is recommended that you consult local biosecurity experts before use. 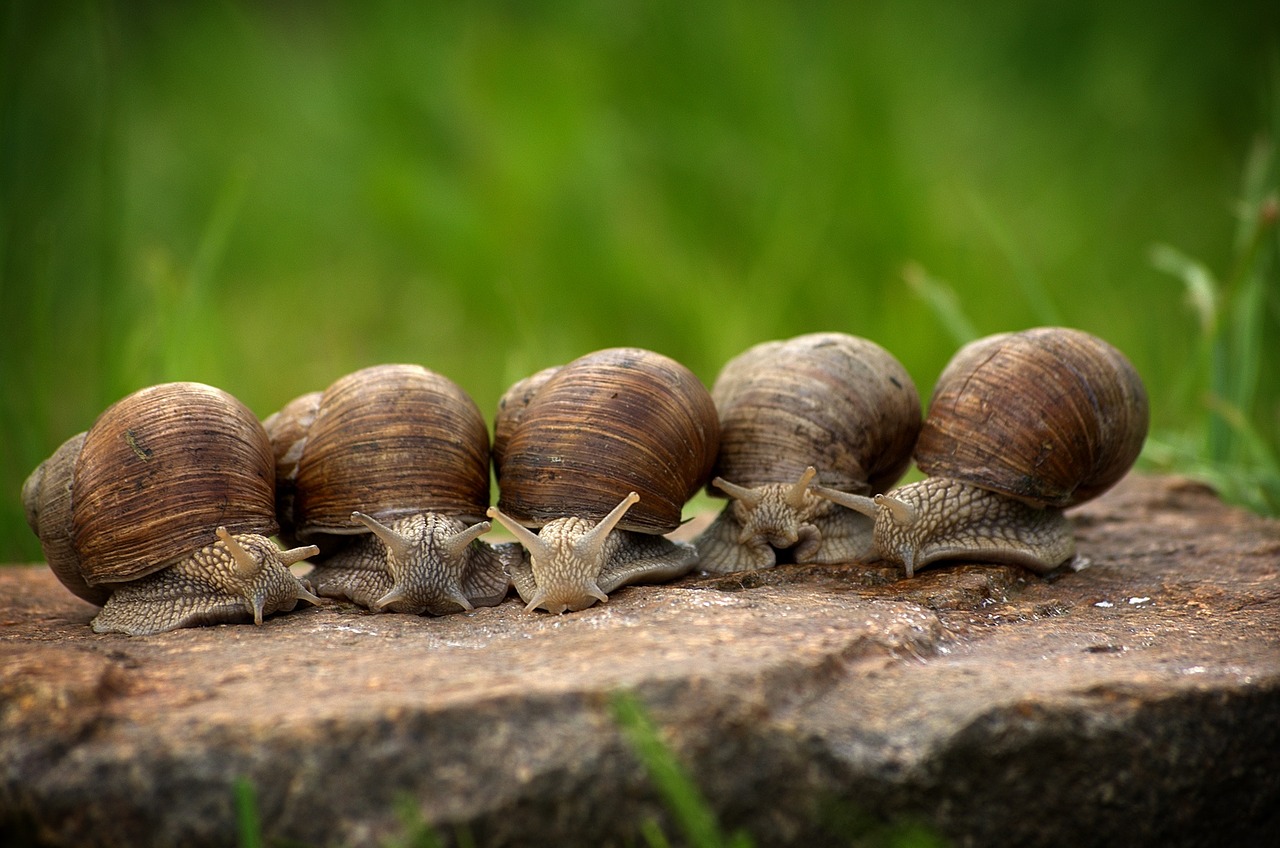 Snails are typically attracted to soil with a decent level of temperature and moisture, and have a reputation for munching away at precious crops. Regular practices such as weed maintenance and refuge removal can help reduce the likelihood of snails or slugs infiltrating your plants, however there are other ways to keep the ands and slugs away – whether it be with natural methods or the use of chemicals.

According to the Department of Primary Industries and Regional Development, you may utilise other animals and create an ecosystem in which ducks or chickens can help keep molluscicide populations under control. Ducks In particular are excellent at hunting for snails, the ideal breeds being the khaki campbell or indian runner. In order to deploy a good team of snail hunters, you must have at least 26 ducks which can cover up to 20 hectares worth of land and water bodies like dams or ponds. Chickens are also quite effective, but the downsides are that they do not have as much land coverage as ducks do and can impair fruit crops.

In terms of chemicals and baits you have the options of Iron EDTA which is more effective than other chemicals such as methiocarb or metaldehyde baits – both of which don’t work on certain types of snail breeds. When using baits, you must use them at the most optimal time, whether it be when the pest population is at its peak or when the population is still young. The least ideal time to implement baits are during times of heavy rainfall or when there is an excess in plants. Please use with caution as such chemicals can be harmful and potentially poison children or pets. 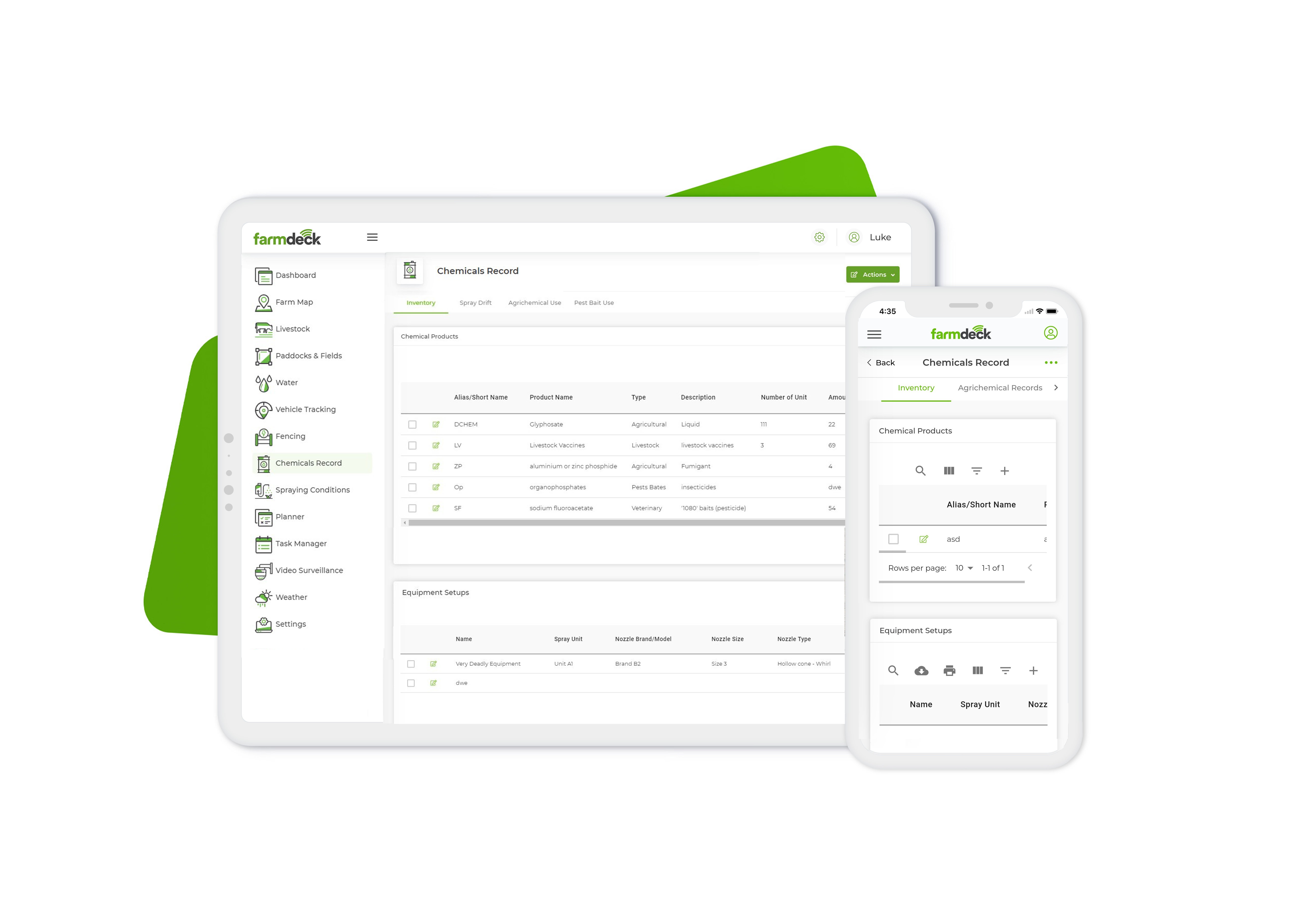 Keep your plants healthy with Farmdeck

Need help maintaining your plants and keeping pesky pests at bay? Our team at Farmdeck is consistently developing and improving our products, including multi-purpose farming devices to make your farming life easier. Farmdeck has an all-in-one tool including insect and pest inspection, a chemical record and much more.

Farmdeck’s Pest Bait Records allows you to record the chemicals and poisons used to specifically eradicate pests, the quantity of chemical used, dates of installation, and removal, including the location of baiting – making getting rid of unwanted pests easier and more efficient.

Reach out to us today so we can help you build an efficient farm.